Destination
Disclosure: This article may contain affiliate/compensated links at no extra cost to you, for more information you can read my disclaimer
Pin1
Share
Share
1 Shares

Costa Rica is an amazing country located in Central America known for its beautiful beaches, lush jungles, and gorgeous landscape.

Besides having so much natural beauty, the country is relatively cheap to live in compared to the United States.

It’s a popular place to live among ex-pats and retirees because of all its amazing qualities and it tends to be less expensive.

It’s the perfect home away from home and definitely a place to consider moving to.

For the most part, living in Costa Rica is cheaper than living in the United States or even Canada and Europe.

It’s not only an affordable country to live in but it’s also beautiful and has great weather and amazing scenery.

Of course, these numbers can be lower or higher depending on your lifestyle.

This also includes housing, utilities, food, transportation, and the average activities one does in a month.

This number even includes health care which is very inexpensive in Costa Rica and provided through a government-run universal system at a low cost based on income. Advantages of Living in Costa Rica

There are a ton of advantages to living in Costa Rica. The obvious one is the price because it’s cheaper than living in the United States.

Rentals can average around $500 per month which is definitely cheaper than the US, especially if you’ll be living near the beach.

It’s a bit more expensive than some of its neighboring countries, but it’s safe and developed which can make it attractive to outsiders.

Being one of the safest places in Central America is a huge perk for Costa Rica.

Other than being inexpensive and safe, Costa Rica is also known for its diverse landscape. It has pristine jungles to explore and beautiful ocean views on both sides.

The unique feature is that the left side of the country is on the Pacific Ocean and the right side sits on the Caribbean Sea. Costa Rica is a great place to explore. 1. The Province of Cartago

Cartago is the cheapest place to live in Costa Rica because not many tourists visit this region due to the fact that it doesn’t have any major cities or access to the beach.

It’s not very far from the coast but because Cartago isn’t touching the water, which does help to bring down the price.

Cartago is a great place to live if you’re looking to save some money. It has a lot of history and the city of Cartago is beautiful and worth exploring.

If you want to live like the locals, this is definitely the place.

The city of Cartago has the most attractions in the province so it’s probably where you’d want to be.

Finding something just outside the city will be a bit cheaper but you’ll still have easy access to the city which makes it the best option.

It’s definitely the cheapest place but it might not have all the amenities you’re looking for. 2. The Province of Limon

Another great province to live in is Limon which covers the right side of Costa Rica on the Caribbean Sea.

It is a bit underrated compared to the provinces of Guanacaste and Puntarenas on the right side of Costa Rica and located on the Pacific Coast.

Limon has a lot fewer tourists but still has amazing beaches, luscious jungles, and scenery to enjoy. It’s the perfect place to live because it’s cheaper than provinces such as Guanacaste or Puntarenas but offers just as amazing of an experience.

The beach towns are a bit smaller since there are fewer tourists but they are quaint and lively.

Limon also has Caribbean and Jamaican influence and a strong culture.

Cahuita is a great place to live in Limon Province. It has an amazing national park and beautiful beaches to enjoy. Cahuita has plenty of amazing things to do.

It’s not too far from the larger city of Puerto Viejo which is great too.

For an even cheaper and more small-town experience, Playa Chiquita is a quaint little beach town in Limon with a local farmers market each week, small cafes, and many places to explore.

You can’t go wrong with living in Limon, especially on the southern end near Panama where it’s just beginning to gain traction.

The Most Expensive Place to live in Costa Rica San Jose is the most expensive place to live because it’s the most city-like and it’s well-populated. If you want to be in downtown San José it’s especially expensive.

This is the area you’d like to live in, it’s best to look just outside the capital city because it’ll be a bit cheaper.

The other option is to choose a town further from the city where you can still easily get into the city but prices go down immensely.

The only thing to keep in mind is the further you live from major cities or tourist destinations the fewer things there are to do or places to visit.

Escazú is a popular community located 10 minutes from downtown San José which will be a bit cheaper than living right downtown.

Another option is Grecia which is a more affordable town located a little over 20 miles from San José.

Another popular location is the Guanacaste province because many tourists visit this area for its beaches.

Puntarenas is another expensive province because it has two peninsulas and is also visited by many tourists each year which brings up the price.

If you want to be on the coast, there are so many other great beach towns you can live in that aren’t in these provinces and will prove to be cheaper options.

The rest of the provinces fall somewhere in the middle of the affordability gauge.

Usually, the provinces with larger cities such as San José or Alajuela city can be more expensive as well as popular beach destinations.

If you want to stay on the cheaper end, being inland is usually more inexpensive as well as being further away from large cities. If you can do these things, you can save some money.

The popular tourist towns will always be a bit more expensive because prices are raised for visitors.

If you want to be in one of these central areas but save a bit of money, it might be smart to live just outside of tourist destinations.

The big secret is to not live in the bigger or more well-known places but to live just outside of them.

Don’t live in Tamarindo, but live in Villa Reall.

The other option is to live like the natives which is usually located further away from the touristy areas and end up being less expensive.

If you choose this route, however, there are usually fewer restaurants, bars, and things to do but it’s much cheaper, quieter, and naturally beautiful.

If you are still having trouble deciding where to live, here is a list of all the Provinces in Costa Rica.

The Provinces of Costa Rica

Costa Rica has 7 provinces that break up the country into sections including Alajuela, Cartago, Guanacaste, Heredia, Limon, Puntarenas, and San Jose.

Each differs in cost of living, lifestyle, and landscape.

Another way to begin your search of where you might want to live in Costa Rica is to learn about the different provinces and decide where you’d like to be. From there you can choose a town within that province.

Alajuela province is located in the north-central part of Costa Rica and borders Nicaragua.

The Juan Santamaria International Airport is located in Alajuela city so this region sees many tourists filtering in and out.

There is a diverse landscape in this province including mountains, the jungle, and even volcanoes.

Located in the center of Costa Rica, Cartago is one of the smallest provinces but also one of the oldest.

It was the central home to indigenous communities and Costa Ricans at one point in time. The province has many national parks, a few volcanoes, and various mountains.

It’s a beautiful place to live but there is not as much going on in terms of city life.

This province is located in the northwestern region of Costa Rica and borders Nicaragua.

Guanacaste is a large and sparsely populated province but it’s still one of the most visited places in Costa Rica.

You can find amazing beaches, volcanoes, and national parks as well as beautiful sunsets and the perfect surfing waves.

It’s a popular place among surfers.

Heredia is another smaller province in north-central Costa Rica and borders Nicaragua.

Here you’ll find mountains, waterfalls, a volcano, and national parks. The dense jungle is beautiful in this province and there is diverse wildlife to explore as well.

It’s known as being the safest place to live in Costa Rica and it’s not too far from San Jose, the capital of the country.

Limon is a very large province that covers the whole right side of Costa Rica. It borders Nicaragua on the north end and Panama on the southern end of the province.

The province has a Jamaican influence and unique culture to that of the rest of the country.

It’s popular for its surfing and quaint beach towns to explore.

The rainforests are luscious and there are amazing national parks and beautiful scenery to uncover.

The tropical forests, national parks, and beaches are beautiful in this region. The Osa Peninsula and the Nicoya Peninsula are both located in this province and are very popular spots among surfers and beach lovers.

San José Province is located in the center of the country. It’s home to the city of San José which is the capital of Costa Rica. It is the most populated province and a popular place among tourists.

It’s also the most modern and offers so much to do.

People living in this area will find a mix of natural beauty with restaurants, hotels, and museums sprinkled in. It also has a great year-round climate that stays relatively mild which makes it very appealing as a place to live.

No matter where you end up in Costa Rica you’ll for sure enjoy everything it has to offer whether you are living in the cheapest places to live in Costa Rica or in the more expensive tourist areas, you are still going to save money moving here.

The diverse landscape is beautiful and the beaches are powdery soft.

The natural beauty is unbeatable and no matter where you end up, you’ll most likely be spending less than you would in the United States, so why not?

It’s a great opportunity to explore Costa Rica and enjoy learning about a new place and its culture. 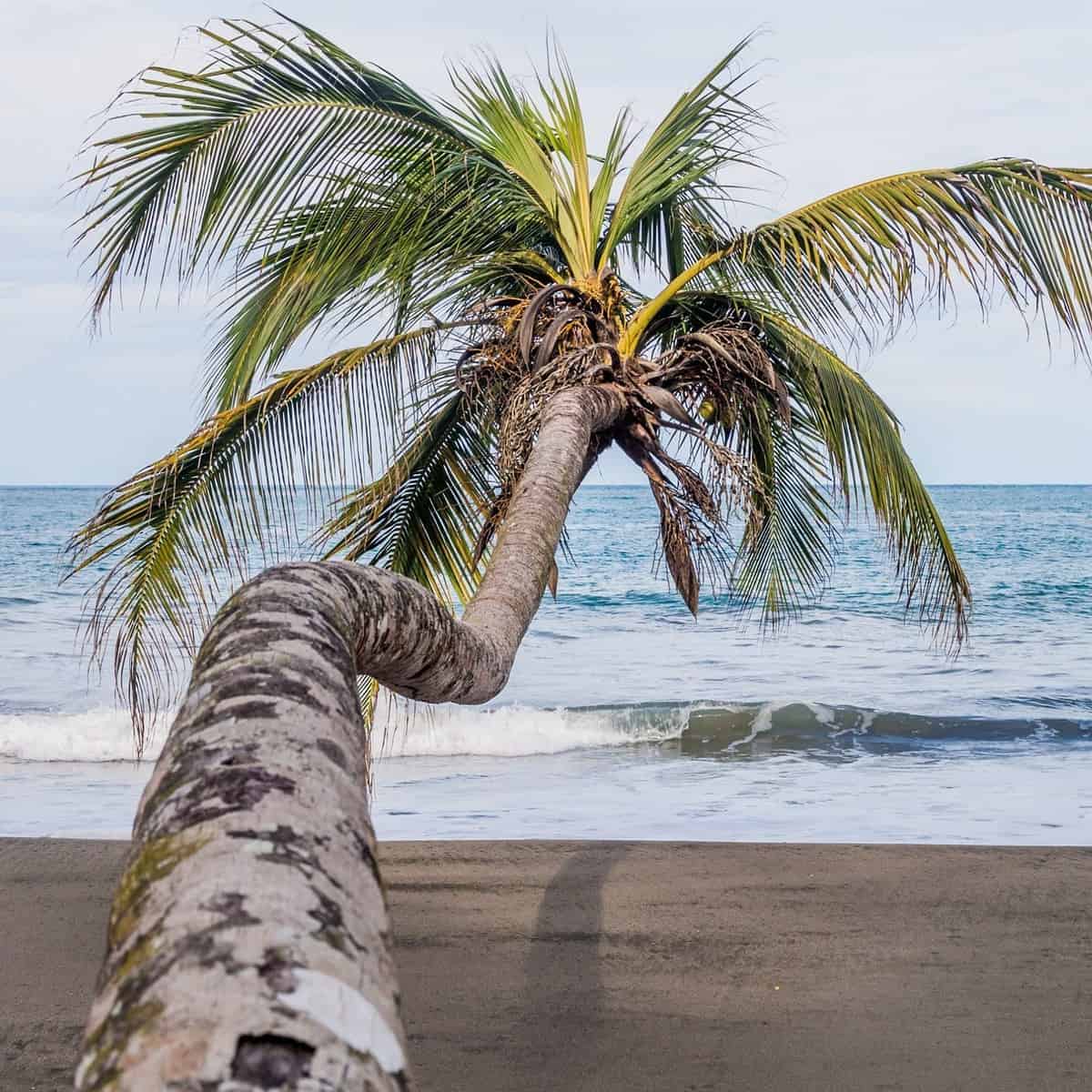 Costa Rica Bucket List: The Ultimate Guide On Where To Go