Inspiration Travel
Disclosure: This article may contain affiliate/compensated links at no extra cost to you, for more information you can read my disclaimer
Pin69
Share
Share
69 Shares

The United States is full of great surfing locations along the coastal states. From the east to the west coast, there are tons of surf towns to explore. So how will you know which are the best surf towns in the United States?

With so many great spots, this list will help you limit some of the options. The list is broken out between east and west coast locations because one is not better than the other and the two coasts offer very different waves.

With almost 100,000 miles of coastline throughout the country, there is no doubt you’ll find your favorite surf town. From Maine to Florida, California to Hawaii, you have tons of places to explore.

People love to debate whether the east coast or the west coast has better surfing. The honest answer? They’re both great in different ways.

There are many factors to consider including weather, consistency, height, and more. At the end of the day, it’s a personal preference. However, if you’re an avid surfer, you should try out both coasts and test the debate.

You may like the stormy and choppy waves of the east coast or enjoy the consistent rolls on the west coast. Neither coast is better than the other, they’re just unique in their own way with vastly different waves.

Below you’ll find the list of the best surf towns in the United States broken out by the east and west coast.

The Best Surf Towns in the United States

Starting with the east coast from Maine down to Florida, there are a ton of surf destinations to consider.

Of course, Florida is the most popular place to surf on the east coast, but other states have good surfing conditions, like Maine and North Carolina.

Remember that weather plays a larger role in surfing conditions. You won’t necessarily be able to enjoy year-round waves. New Smyrna Beach literally has “beach” in its name. It’s known for being one of the best surf towns in the US and the world.

The American Professional Surfing Association competition is held in NSB each year. It is known for having the most consistent waves on the East Coast, now that’s a big claim to uphold.

The consistent, year-round waves make up for the lack of height. On top of the great waves, the community is tight-knit which makes it a great place to surf and visit.

In New Smyrna Beach, you do have the ability to ride every single day of the year.

Enjoy top-notch barrels and swells that allow you to surf left or right. Thanks to the Netflix show of the same name, the Outer Banks have become super well-known. Besides being a place for the rich to get away, it has excellent surfing conditions.

Specifically, check out Kill Devil Hills, it’s a great place to visit and surf. Another great spot is Wrightsville, easily accessible from the mainland.

In general, the Outer Banks feels so far from the mainland because it’s a 200-mile vertical strip of barrier islands, but that’s what makes it special.

With its locations comes some of the best waves in the United States.

Cape Hatteras of the Outer Banks is another great spot with awesome swells and some of the steepest waves in the area.

In general, the Outer Banks is an absolute must-visit. Folly Beach often goes under the radar just outside Charleston because of its proximity to more well-known neighbors in North Carolina.

The waves might not be as great as the neighbors to the north, but South Carolina still produces some competitive waves, especially around storms.

Crazily enough, the best time to surf in this area depends on the winds and the weather conditions, and while most people run indoors around storms, surfers run to the ocean.

As a result, this spot on the Atlantic ocean is a great year-round spot to surf. It may be cold throughout the year, but it’s worth putting on a wet suit for the New York water. An annual surf competition is held in Montauk each year, adding to its credibility.

From June to September, people flock to Montauk to enjoy the summer vibes and surf. It has an undeniable atmosphere that people thoroughly enjoy.

People in New York and around the east love to surf in Montauk. People have been surfing in Atlantic City for a very long time. With wide, large beaches, there are significant waves to surf year-round.

Although you’ll need a wet suit, it’s well worth it. There are surf schools to check out and Atlantic City has an all-around inviting and welcoming surfing environment.

The west coast is more popular and well known for its surfing, but it’s not necessarily better.

Southern California is full of surf towns and has a major surf community.

Hawaii is also a super popular place to hang ten. The west coast surely has some top-notch surfing conditions. Surf all day long and party all night in the west coast surf towns. Huntington Beach, California, is a great surfing destination and has even been nicknamed Surf City USA.

The pier combats the wind which helps riders surf the waves and the swells are consistent and large, the perfect combo.

Waves can range from 3 to 12 feet. In addition, the nine-day US Open of Surfing is held each year at Hunting Beach.

Surf by day and party by night, Huntington Beach has a great atmosphere and a widespread appreciation for the sport.

Heck, Huntington Beach even hosts a dog surfing competition each year, no joke. Ventura is a bit more north than some of the other surf spots in SoCal. It’s best known for its super reliable swells, thanks to the Santa Ynez Mountains, which help with the winds.

With tons of different breaks to choose from, you’re set up for a great surfing experience. There is something for every type of surfer in Ventura, so venture out and find the best waves for you.

Honestly, Southern California, in general, is dotted with fabulous surf towns worth checking out. Some additional notable surf towns not included on the list above are:

You really can’t go wrong with any surf town in California. They’re all full of great waves, and many have surf schools and a tight-knit surf community. So take the time to explore the California coast if you get the chance. Haleiwa is on the island of Oahu and is a bit off the main tourist track and it has a super local feel to it. Not only is it stunning, but it also offers excellent surfing conditions.

Haleiwa sits on what is famously known as the North Shore. Enjoy the waves and culture that Haleiwa has to offer.

A world-famous break known as the pipeline is found here on the “seven-mile miracle.” From October to April, you may even find 30-foot swells at the season’s peak.

Yes, you read that right. It’s not the best place for beginners, though, due to the large waves, but Haleiwa has several surf schools in the community where you can learn from locals before paddling out there on your own.

While the North Shore is a great spot to surf, particularly Haleiwa, there are tons of surfing opportunities throughout Hawaii.

The islands of Maui and Kauai are two more great spots to check out.

Kauai has almost perfect year-round waves, and Maui has waves for all types of riders, from beginners to pros.

Along with ideal waves, the views are unbelievably picturesque. There are tons of surfing schools on the island if you’re new to the sport or looking to gain more expertise. You can enjoy consistent year-round waves, with winter being the best for more seasoned surfers.

As for beginners, Pacific City has a great variety of waves for all skill levels to enjoy. In general, it’s a beloved surf town in Oregon and well worth the visit. While SoCal might be more well known for surfing in Cali, NoCal is still a good choice. The water is much colder, and the waves are much stronger.

It’s not the best place for beginners, but experienced riders will love the power these waves have. Watch out for the currents if you choose to surf here; otherwise, you can have just as great of a time as a spectator than a rider.

San Francisco is also a super fun place to visit and explore. If you’re looking for a more laid-back, small-town feel,

Half Moon Bay is a great spot, but there are tons of places in the bay area to discover.

In El Granada, California, about 30 minutes from San Francisco, Mavericks Beach is home to one of the most powerful waves on Earth.

As a result, tons of surfing competitions are held here, and only the experts ride at Mavericks. Santa Cruz has 34 beaches. Yes, you read that right. There are so many great surf spots, and if you don’t like one, you can easily move on to the next.

Santa Cruz is a well-established surf location, and it’s also the oldest surf spot in the contiguous US.

Surfing first occurred here in 1885. The waves in Santa Cruz are short and fast, with the most well-known spots being Steamer Lane and Pleasure Point.

You can have it all, too. Both large swells and gentle waves provide the best of both worlds.

Be sure to walk along the boardwalk when you’re not out on the water.

Santa Cruz is another great NorCal spot to check out if San Francisco is too intimidating or you’re more of a beginner.

There are so many great surfing locations to consider throughout the United States. SoCal is especially known for its surfing opportunities, but it’s not the only place with fabulous surf towns.

Be sure to visit both the east and west coast and decide which is better for you and your preferred style of waves.

Who knows, the answer may surprise you and you might just be moving coasts. While it seems to be a competition between the east and the west coast, there is no need.

They’re both great in their own ways. Hang ten before rating either coast out of ten.

Do you know of a different best surf town in the United States that wasn’t mentioned on this list? Say so in the comments below

Did you enjoy this article? Well check out these others 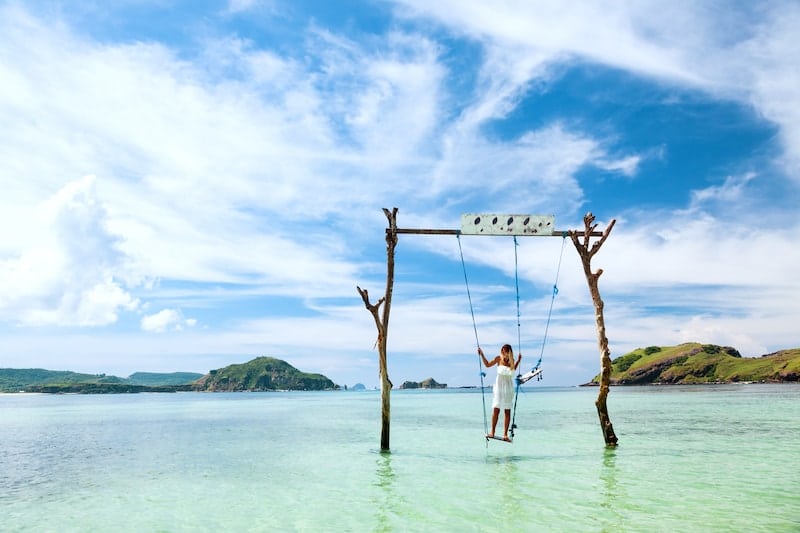